Written By: SeeMeCNC (and 14 other contributors) 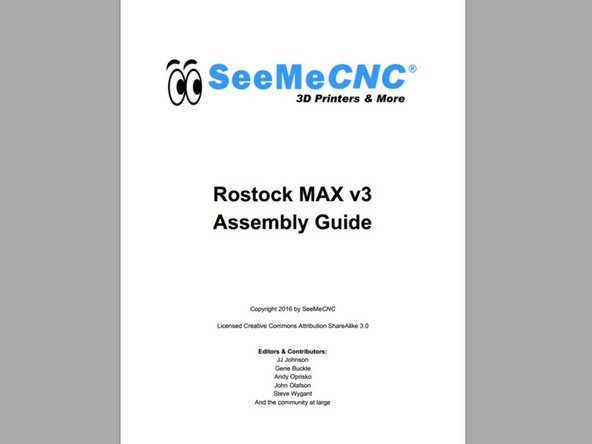 Good instructions. There were a couple of minor things that I had to think about before I understood what I needed to do. If I had to build another hotend I’m pretty sure I could do it in 1/4th the time I did this one.

I just bought a HE280 hotend upgrade kit to upgrade my Rostock Max V2. The kit doesn’t quite match the photos right now. There are a few differences; notably with the fan leads and the heater wiring, as others have mentioned. Also, the position of the thermistor solder holes is really unclear from the photo; the current PCB has two holes on the underside marked “TEMP”; I used those, assuming it’s correct.

Thank you Rick for your comment. Glad I read all the way through as I was wondering the same thing. Hopefully it works just plugging in the wires. I did have to get creative routing the leads to the fans. One end of the four fan connections was marked hot end so I put that one there. I was also short when it came to the tube that insulates the thermistor legs, another 20 mm would be nice, I used some of the leftover fiberglass insulated wire with the leads stripped out to make up the difference. When constructing the eight terminal plug in step 6 just go ahead and depress the catch in the rectangular hole above each of the wiring holes as suggested. Much easier to get it in there, especially for the little wires.

I just got done with my hot end build. Great instructions and a very nice unit. The only thing I noticed, a minute too late, was that I must have the latest version of the hotend pcb as it has plugins for all 3 part cooling fans. It’s too late for me, but I’m guessing I could have eliminated the whole cut,strip,and solder the fan leads step of the instructions. The light bulb in the brain turned on literally 10 seconds after I clipped the fan wires. If I’m correct in assuming all 3 can just be plugged right in, you may want to update the instructions. I can’t believe I missed that!!!!!

The printer is working very well, but still I've had to disassemble the hot end several times now to clear clogs and replace the heater, which was not working. I'd suggest making the wiring between the hot end and the circuit board more modular - The circuit board is showing signs of wear from repeated resoldering, and it would have been great if I could have just unplugged the wires to the thermistor, the heater and the thermal fuse.

The hot end is by far the most difficult part of assembly, and along with the connectors on the RAMBO board are where I've found issues when I had to debug the build. Don't get me wrong - the printer is a beast once it is working, and I've had it running day and night for a month now. The only issues so far have been with wood filament which caused a nasty clog, but I was probably running the layers too fine (.1mm). No other failed prints, which I find amazing.