Written By: SeeMeCNC (and 4 other contributors) 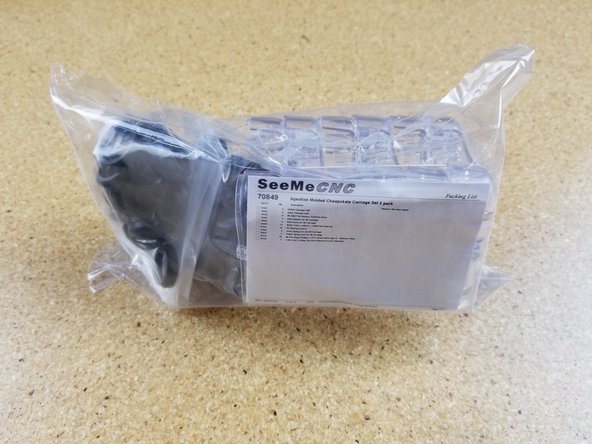 3DPC.tech was here. So far, GREAT!

Made it this far! Those screws were tough to tighten because they were so small and had a lot of threads engaged. having the right screwdriver is key.

A couple of things. All my parts were black. Just know you might get a different color, spent a few frantic moments looking everywhere in the box for blue parts. The little posts on the spring arm in step 3 that you press the other half of the spring arm over had a lot of plastic hanging off the sides. I trimmed that off with a pocket knife, otherwise it wouldn’t fit. I don’t know if it is significant but the assembled spring arms themselves can fit two ways. Either with the holes in the spring arm assembly up or down. I matched what was in the picture for all three.

That’s it!? I still have a lot of components left in the bags I had to open to complete these three carriage assemblies.